TikTok and Instagram search engines are becoming a threat to Google

Google is very worried. According to research conducted among young people aged 18 to 24, more and more of them use their TikTok or Instagram account, not Google, to search for information. So is it that applications mainly associated with providing entertainment are becoming the preferred search engines for Gen Z?

In 2021, Google had 92.47 percent participation in the global online search market. Today, however, more and more young people are using the powerful TikTok and Instagram algorithm – which personalizes the information shown to them based on their interaction with the content. The popularity of social applications can pose a real threat to Google, as confirmed by its senior vice president.

The emergence of TikTok as a discovery tool is part of a broader transformation of digital search. Google remains the dominant search engine worldwide, but people are increasingly turning to:

As the digital world continues to grow, the universe of ways to find information is expanding.

So far, the Silicon Valley company has questioned that Gen Z prefers using the TikTok app instead of a Google search engine. However, Google notes that TikTok is encroaching on its domain. A public statement by one of the directors confirmed this fact.

Prabhakar Raghavan, Google’s vice president and head of the search engine, let this information escape at the Fortune Brainstorm Tech 2022 conference. According to an internal study at the American giant, nearly 40% of young Americans aged 18 to 24 prefer Instagram or TikTok search bar for information about restaurants to Google Maps and Google searches. It turns out that a long written review of a restaurant cannot capture its atmosphere, food, and drink the way a short clip does. Official Instagram figures show that 90% of its users follows at least one business account, while 50% of all users say that they are more interested in a brand when they see its ads on Instagram.

What about TikTok itself?

TikTok, owned by Chinese internet company ByteDance, declined to comment on its search functionality and solutions that they may currently test. However, the company is always thinking of new ways to add value to the community and enrich the TikTok experience.

Why does Gen Z prefer TikTok tools over Google?

TikTok search is more interactive than typing a query into the Google search bar. Instead of browsing through walls of text in the articles, users rely on TikTok’s video recommendations to find what they’re looking for, watching video after video on the feed. They then verify the veracity of the suggestions based on comments posted in response to the videos.

Users use TikTok accounts to search for products and companies and ask questions about how to do certain things. For videos, which are often less than 60 seconds, TikTok returns more relevant results than the most popular search engine.

There is also emerging market for TikTok tools, so you can tap into the trend easily. More and more marketers are using very specialized platforms for optimizing the TikTok search (InfluData, Analisa.io, Mediatoolkit – just to name a few).

How does the TikTok search engine work?

The TikTok app has been booming for several years now, and this is due to three main factors:

In September 2020, however, TikTok revealed some details about how its algorithm works. The social network has identified two main factors that enable the algorithm to get to know the user and provide him with targeted and the most relevant results:

In addition, the algorithm took other elements into account, such as publication captions, music, hashtags, language, the country where the user is located, and the type of their device.

For example, imagine a case where a user is fascinating topics related to animal content. When the algorithm detects this, it will mainly show videos of animals in the search results. The app then understands that dog videos are of particular interest to the user and therefore offers the most relevant results that mainly show dogs. Eventually, the algorithm detects that the user likes a specific breed, French Bulldogs. Videos presented by TikTok will, therefore, be on this concurrent breed.

Thus, from the available content, the user finds particular topics that match his query.

Generation Z’s favorite search engine is often accused of being a source of false information. In September 2022, NewsGuard conducted research that shows that the scale of disinformation on TikTok has reached an alarming level. The organization conducted research in early September on various hot topics, from the Russian invasion of Ukraine to the Covid vaccines, and found that 20% of the videos obtained in the results contained false or misleading information. The NewsGuard also explains that for the exact searches, Google uses better moderation and makes fake news harder to reach.

That is a severe allegation, also referred to by a TikTok spokesman, saying that TikTok’s Community Guidelines ‘make clear that we do not allow harmful misinformation, including medical misinformation, and we will remove it from the platform. We partner with credible voices to elevate authoritative content on public health topics and with independent fact-checkers who help us assess the content’s accuracy.’

The app further believes that the survey methodology is flawed as it concludes minimal research. For its part, Tik Tok also maintains that newly published videos are subject to an AI review and that if it detects a problem, the video will be removed or sent to a real moderator.

The arguments on both sides are powerful, but when summing up the information above, it is worth bearing in mind that News Guard continues to claim that less than 1% of this content has been removed from TikTok due to a lack of “integrity and authenticity,” which is certainly not an impressive number which could indicate the absence of a misinformation threat from the search engine page in the video application.

Is TikTok a threat to Google?

TikTok is a tough competitor to both Google and Instagram. However, statistics show that the Chinese social network has gained immense popularity, overtaking Meta in 2021 to become the most downloaded application. On average, it is estimated that a user spends 52 minutes of their day on the platform. 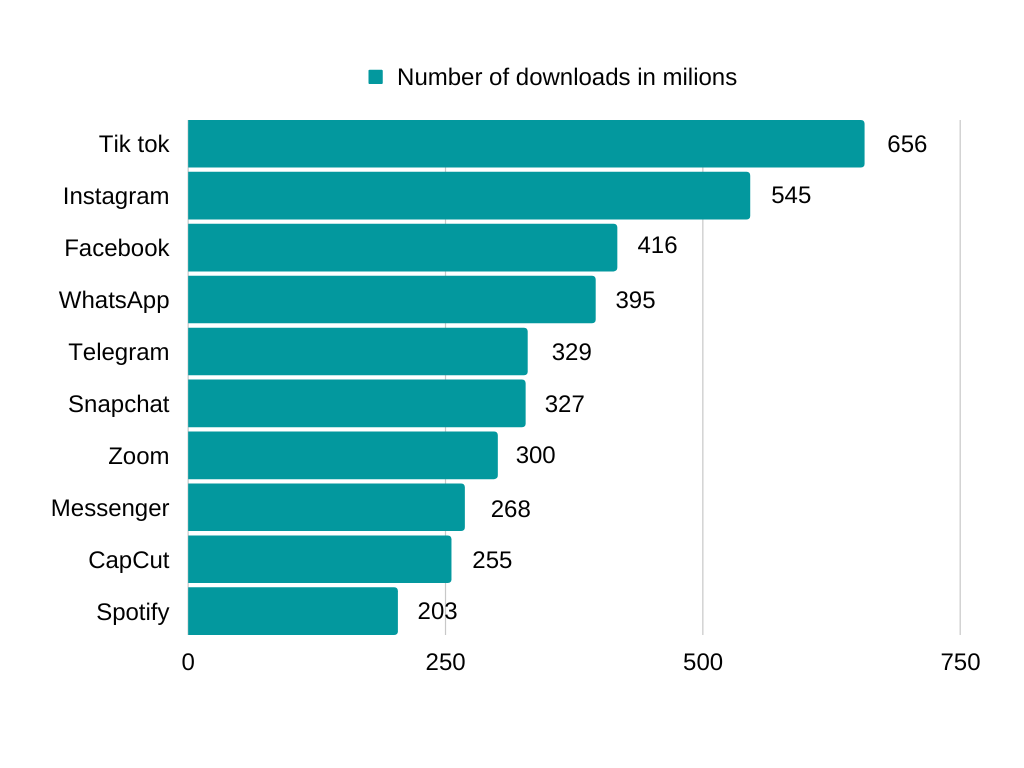 Generally, we’ve seen TikTok outperform other social media, including Instagram, Facebook, and YouTube. But we never imagined that Google would also be worried about this new competition. Suppose there’s a reason this company has a virtual monopoly on search engines. In that case, it’s because of its power and ability to solve user problems. If TikTok – much more visual and easy to use – achieves the same goal, its most famous search engine will get into trouble for the first time in its history.

Google is already working on making its search engine attractive to young users again. These changes seem to be an evolution of what we already know from Google Lens. People from Mountain View consider modernizing the search engine and using augmented reality, as in other Alphabet projects. However, regaining the Google search engine’s attractiveness will not be easy. 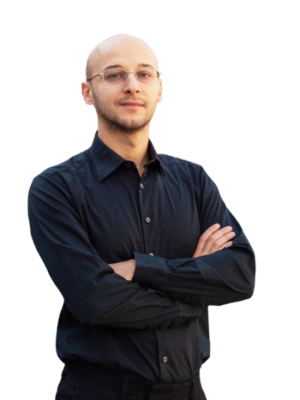 Instagram SEO strategy & how does the search algorithm work?

Instagram has become one of the most popular and well-liked social media. It is easy to use, something for everyone, and it is free. But, of course, Instagram...

TikTok SEO strategy & how does the search algorithm work?

With availability in over 140 countries and over 1 billion monthly active users, TikTok has become a vital part of the social media landscape. Today, we...

TikTok and Instagram search engines are becoming a threat to Google

Google is very worried. According to research conducted among young people aged 18 to 24, more and more of them use their TikTok or Instagram account,...

Facebook SEO strategy: how to optimize for search on Meta

When you think about search engine optimization, your thoughts probably revolve mainly around Google. However, the truth is that SEO refers to your Facebook...

As part of our website, we use cookies to provide you with services at the highest level, and for the purpose of advertising and obtaining statistics. Using the site without changing the settings for cookies means that they will be placed on your end device, to which you agree. You can change cookies settings in your browsers at any time.
Accept Reject
Read more
Privacy & Cookies Policy

This website uses cookies to improve your experience while you navigate through the website. Out of these, the cookies that are categorized as necessary are stored on your browser as they are essential for the working of basic functionalities of the website. We also use third-party cookies that help us analyze and understand how you use this website. These cookies will be stored in your browser only with your consent. You also have the option to opt-out of these cookies. But opting out of some of these cookies may affect your browsing experience.
Necessary Always Enabled
Necessary cookies are absolutely essential for the website to function properly. This category only includes cookies that ensures basic functionalities and security features of the website. These cookies do not store any personal information.
Functional
Functional cookies help to perform certain functionalities like sharing the content of the website on social media platforms, collect feedbacks, and other third-party features.
Performance
Performance cookies are used to understand and analyze the key performance indexes of the website which helps in delivering a better user experience for the visitors.
Analytics
Analytical cookies are used to understand how visitors interact with the website. These cookies help provide information on metrics the number of visitors, bounce rate, traffic source, etc.
Advertisement
Advertisement cookies are used to provide visitors with relevant ads and marketing campaigns. These cookies track visitors across websites and collect information to provide customized ads.
Others
Other uncategorized cookies are those that are being analyzed and have not been classified into a category as yet.
SAVE & ACCEPT